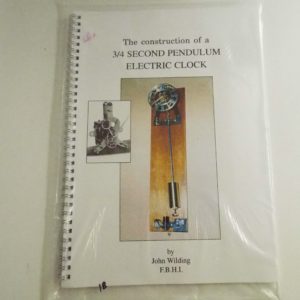 Be the first to review “3/4 Second Pendulum Electric Clock”